COVID-19 Alert Level 1 If you've been affected by COVID-19, we may be able to help. Find out more 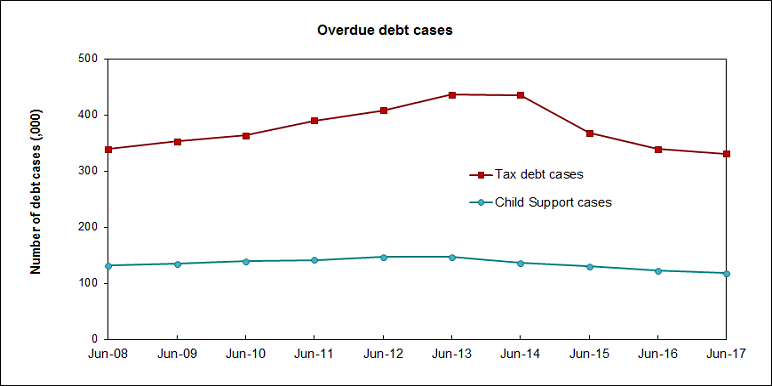 The graph has two lines, plotting the number of overdue debt cases for both tax debt and child support debt for the years ended June 2008 to June 2017. The graph has three lines, plotting the value of overdue debt for Total, Tax debt and Child Support debt for the years ended June 2008 to June 2017. Over the decade, the value of: