North Island flooding Many of you have been affected by the flooding in the North Island and may need help keeping up with your tax obligations. Find out more 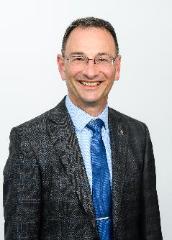 Peter Mersi was appointed Commissioner and Chief Executive of Inland Revenue in July 2022.

Peter has held senior leadership roles in Inland Revenue and the Treasury, where he spent 14 years primarily working on social policy and the public management system. He has also worked for the Department of Prime Minister and Cabinet, the Department of Labour, the Department of Trade and Industry, and the Bank of New Zealand.

Peter has an economics degree from Victoria University of Wellington.

Along with Gaye Searancke, the Chief Executive of Land Information New Zealand, Peter is the Co-Chair of Papa Pounamu, an initiative by Public Sector Chief Executives to support and grow diversity and inclusion in the public sector. Mary has had an extensive and varied career with Inland Revenue. As Deputy Commissioner Enterprise Design and Integrity, Mary facilitates integrated business architecture and design, intelligence and insights, data and analytics and prioritisation and investment across IR. Her group also ensures the delivery of specialist services and advice to safeguard the integrity and reputation of Inland Revenue.

Mary has held several senior roles within Inland Revenue including the role of Deputy Commissioner Corporate Integrity and Assurance. Mary has led the He Kōtuitui cross-organisation programme, which brought together organisation design work, embedding new ways of working and leading and governing the transformed Inland Revenue.

She has a Master's in Business Administration In February 2023 Mike became Deputy Commissioner Enterprise Services, leading a group of teams which support the organisation to deliver its services across property, finance, human resources and capability, marketing and communications and knowledge management.

Mike has spent much of his career helping organisations drive customer-centric change, building off the opportunities presented by the rapidly evolving world of both data and digital.  He has worked in both the private and public sectors in New Zealand and in the UK. David has held a number of positions within the tax policy function of Inland Revenue since joining the department in 1996.  He has an extensive knowledge of tax policy and a deep understanding of the frameworks that underpin tax systems. David has led a number of reforms, most recently leading the policy work to support Inland Revenue’s Business Transformation.

With a background in law and languages, David holds a BA and LLB degrees from Auckland University. Cath Atkins joined Inland Revenue in January 2017. Cath has over 25 years of policy experience in the public sector.

Before being appointed to her current role she held the position of Deputy Secretary, Macroeconomics and Growth at the New Zealand Treasury where she lead the Treasury’s work on settings to promote economic growth and a stable macroeconomic environment. Cath has held a range of senior leadership positions since joining the Treasury in 1999, including Deputy Secretary, Strategy, Change & Performance.

With a background in economics and international trade, Cath holds a Master’s and Bachelor’s degree in Economics. Sharon joined Inland Revenue in July 2017 and brings a depth of experience in leading change, building employee engagement and improving services for customers in the financial services industry.

Her career in banking (most recently at ASB and previously at Westpac) has included developing and leading strategic change within large customer facing teams. Most recently, her roles have been focused on the development and implementation of digital strategies to lift customer engagement.

Sharon holds a Master’s and Bachelor’s degree in Management, specialising in change management and strategy. 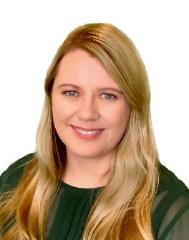 Michelle has more than 20 years professional taxation experience, including a range of senior leadership roles, primarily in the private sector.

Before joining Inland Revenue, Michelle held a number of positions at Air New Zealand, including General Manager, Group Shared Services and Taxation. Michelle was a partner at PricewaterhouseCoopers New Zealand and co-leader of its international taxation team.

She has been a member of the Tax Advisory Group of the Chartered Accountants of Australia and New Zealand (CAANZ) and was also a member of the Government’s 2018 Tax Working Group.

Michelle has a Master of Laws (LLM) in international taxation and is a barrister and solicitor of the High Court of New Zealand.